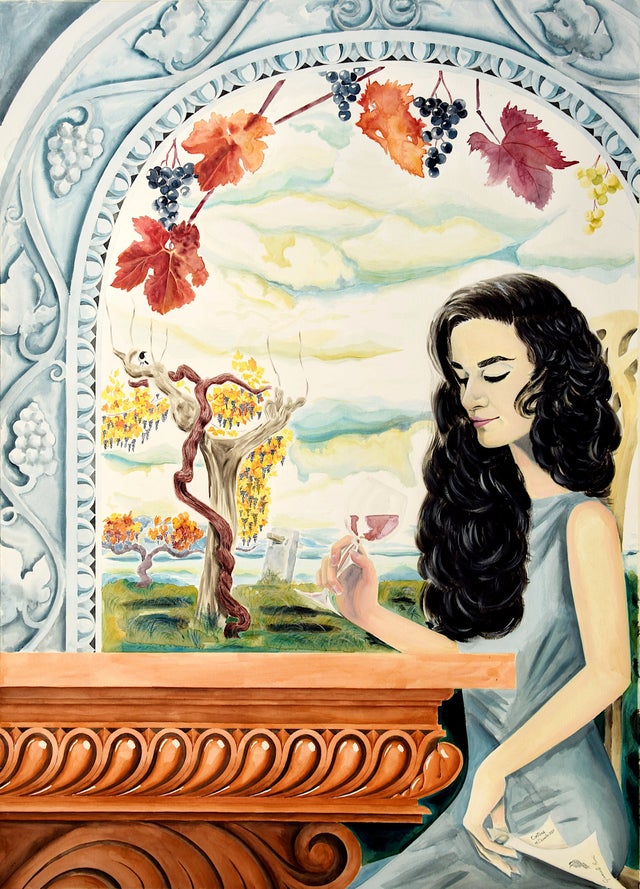 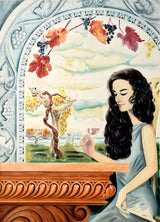 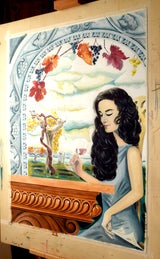 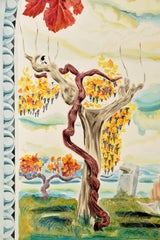 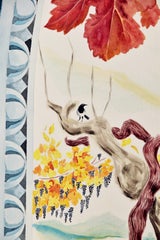 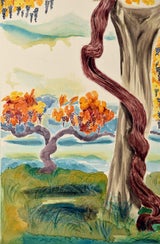 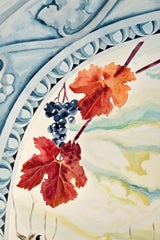 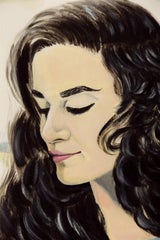 Young girl with red wine and a note by the artist. Table inspired by a Renaissance piece from the Château d'Écouen. A Cortonese landscape: in the back the “vite maritata all’acero” (literally - grapevine married to the maple tree) which was a common practice of growing the vines since the Etruscan times (in Umbria they use elm, in other regions ash or poplar) and which was part of the landscape of our valley. Further back instead the vines grow like on our terraced hills, held up by the “piloni”of “pietra serena”, the rectangular slabs carved out of our local sandstone with a square hole hollowed out towards the top which held a piece of wood or iron to tie the wire that held the vines on. You see many of these still holding up the vines here. The aspect of the field is wild and unkept, which is a typical trait of the smaller cultivations in our region.